I an pleased to announce the arrival of our baby boy Morgan William. Morgan was born at the Women’s Hospital at Health Sciences Center at 3:15 PM on February 24th, 2015.

Morgan was 7 lbs 5 oz and 21 inches long from head to toe! We’ve had him home for 2 weeks now and he is an absolute joy.

My labour (or prelabour) actually started at 3 am on February 23rd. I was woken up by mild contractions (similar to strong menstrual cramps) that were coming ever half hour or so. The DH was supposed to go to work that day (since it was Monday) but when I told him the baby might be coming that day he decided to stay home. It was a good thing too because at that point, Morgan’s room wasn’t painted and his crib wasn’t set up yet – although to his credit DH worked his butt off getting those things done that day – while I laid in bed, marking contraction times with an Android App.

I had called the doctor when I got up in the morning and they told me to stay home unless the contractions were 5 minutes apart for an hour, or my water broke. The contractions were kind of all over the place, ranging from 30 minutes to every 6 minutes but I was pretty sure it wasn’t go time. Around 8 pm that evening we even went out for a hot dog and a milkshake to VJs.

I was texting with my mom, who was concerned that I’d been having contractions for 16 hours and hadn’t been to the hospital yet to get checked out. I decided around midnight to go, as the contractions were fairly consistently about 6 minutes apart. I figured it was close enough.

We went to triage and spent about 3 hours there. They checked me and told me I was still only about 1-2 cm dilated (just getting started). They gave me the option of walking around for an hour, or going home to wait, we opted to go home. I was going to send DH to work on Tuesday, not knowing how much longer it would take, so I slept on the sofa so I wouldn’t disturb him.

About 8 am the next morning I went upstairs and crawled into bed. I fell asleep for a few minutes, and then I had another contraction, but this one seems to have an almost audible *POP* and was OMFG 10x worse than any one I’d had previous. I got up and ran myself a bath, about 2 minutes into the bath I had a second one. I was yelling for DH as I was climbing out of the tub “WE’RE LEAVING!”

I howled the whole way to the hospital, once we were back in triage  I found out I was at 3-4 cm. I started asking for drugs. Not really knowing what all my options were (since I’d procrastinated my way out of prenatal classes) they told me that I could only have morphine at this point.. “Whatever, bring it!”

I guess I was cussing up a storm so they moved me to a birthing room and assigned me a nurse before administering the drugs.  I’d like to say at this point that morphine is a waste of time during labour.. I wanted something to take away the pain, all morphine did was make me high and fuzzy in the head, it did nothing for the pain and frankly just pissed me off.

Once in the birthing room they kept trying to get me to walk around, but ever time I so much as sat up I’d have a contraction.. so I just rolled around on my bed.

After the morphine wore off, I stated to ask about a epidural. The nurse told me she wanted me to get checked by the resident first – they were making rounds, would be here soon.

The nurse encouraged me to take a shower, said it might help with the pain. I managed to hobble over to the bathroom and get undressed.  The shower did help a bit but I could only stand in one position, and contractions still hurt like a bitch.

When I got out of the shower, I asked again for the epidural the nurse indicated the resident was delayed and might be another hour. An hour seemed like an eternity so I asked for gas, which she quickly brought. I’d have to say, I wish I’d asked for the gas in the first place – it actually made the contractions somewhat bearable.

At some point I made my way back onto the bed. We’d been in the delivery room about 3 hours at that point, so DH announced he was going to go for a ‘quick smoke’. He never made it as I decided to sit up as he was going out the door and felt my water break.

The nurse decided to ‘check me herself’ (why I was waiting for a resident when she could have done this earlier is a mystery) and discovered, low and behold, I was fully dilated.

I looked at my DH and said “You know what this means right?”, he didn’t, “No epidural for me!”

Now in hindsight, having gone through it, natural delivery is actually not that bad, once you are allowed to push. It was the labour leading up to that moment that really sucked.  If I ever did it again, I’d go natural and just use the gas to help get through the tough contractions.

The delivery itself took about 40 minutes, which is decent because I was in full control of my limbs. The nurse was there alone for the first half hour, then she said “One more push and we can call for delivery.” I was like “Isn’t that what we’re doing?!?!” Calling for delivery just means calling the doctor in at the last minute to take all the glory. 10 minutes later, my darling son was born and in my arms.

Shortly after he was born, I heard the doctor say “Oh!” in a concerning way. She revealed that his umbilical cord had what they call a ‘true knot’ in it. At some point in early utero he’d gymnasted himself around so much that he managed to tie a knot in it.

I did a bit of research on this later, and found that it only happens in about 1.25% of pregnancies, and in some of those cases the knot will tighten as the baby drops into the birth canal, resulting in distress to the baby before or during delivery, and sometimes death.

We were very lucky to not have experienced this, in hindsight it also makes me very thankful that I did not receive the epidural as it would be prolonged the delivery process, increasing the risk that something could have gone wrong.

I am so thankful to have my beautiful baby boy.

access_time9 years ago4 years ago chat_bubble0

access_time5 years ago4 years ago chat_bubble0 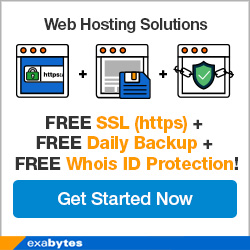